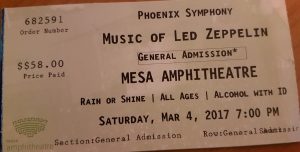 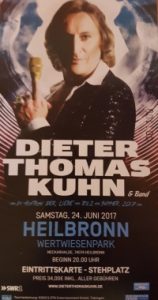 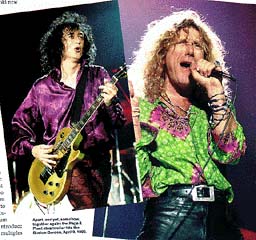 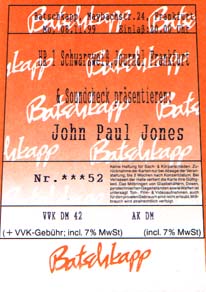 It was a really amazing concert in Frankfurt. The small venue was filled with 200-300 people. Jones and his ‚orchestra‘ entered the stage at 9.00pm and played their two sets as usual. The setlist was the same as on the other gigs before. The band played very good. The really enjoyed the gig. Jonesy was very shy and did not talk to much. The only remarkable words were before No Quarter when he said with a look at the guitar: ‚This was now and here and that was then and there‘. After that they started to play No Quarter.

The 6000 fans in Stuttgart had to wait 40 minutes until the band entered the stage. But Alanis and the band played a very good concert. A good mix of all hits and a lot of new stuff showed all faces of her music. The only bad thing was that they finished after 100 minutes. A little bit too short!